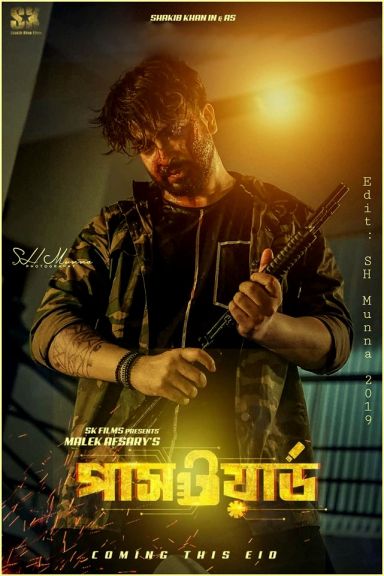 
Movie: Password 2019
Categories: Bangladeshi Movies,
Movie Resolution: 480p,
Movie Size: 350MB
Genres: Action, Crime, Drama, Sci-Fi
Release date: June 5, 2019 (Bangladesh)
Language: Bengali
Director: Malek Afsari
Stars: Shakib Khan, Shabnam Bubly, Misha Sawdagor,
Storyline: Alauddin Sarkar (Shiba Shanu) is a billionaire whose Swiss bank deposits thousands of crores. The bank account password is hidden in the bracelet’s pendrive by Alauddin. Victor (Misha Sawdagor) became desperate to get the password for that Swiss bank account of Alauddin, who is the mafia don of the Underworld. One day when Alauddin comes to the gym, Victor’s gangsters plot to take a pendrive from him, and in the incident cycle, the pendrive came to Rusho (Mamnun Hasan Emon), who is an autistic patient. When the pendrive caught the attention of his elder brother Rudra (Shakib Khan), he went to Alauddin’s office to return it, and saw who had stabbed Alauddin. Before Aladdin died, his personal password in his Swiss bank account was told to Rudra, and said that the money should be deposited in the Rehabilitation Fund of Bangladesh, and for this money Victor wants to kill him. The Special Branch Officer of Police AC Kabir Khan (Amit Hasan) was on the scene to find the clue of Alauddin’s death. DCDV officer of the Police disguised as Victor looking for a pen drive at the scene, but he couldn’t find the pendrive anywhere. As a result, Victor suspects doctor Shabnam (Rudra’s physician) (Shabnom Bubly), Rudra and Rusho, who may have a pendrive